Ray was interviewed on the recent European Court of Human Rights ruling against Lithuania and Romania for letting the CIA establish secret prisons for torture. Two of those tortured — Abu Zubaydah and al-Nashiri — were waterboarded at the Gina Haspel-supervised “black site” in Thailand. She was on site to oversee the waterboarding of al-Nashiri, but was allowed to obfuscate that before the Senate confirmed her as CIA Director. 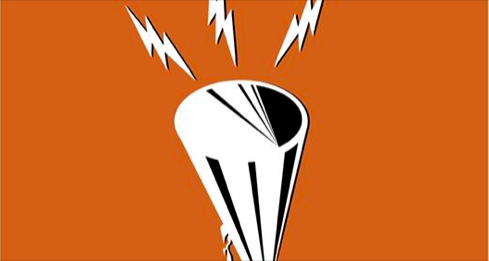 Al-Nashiri had accused his interrogators of “hanging him upside down for almost a month; subjecting him to waterboarding; making him stand in a box for a week; slamming him into a wall; and keeping him in positions of stress.”  A U.S. Navy Reserve doctor who interviewed al-Nashiri described him as “one of the most severely traumatized individuals I have ever seen.”

Is it not time for those of us who are white to be honest and take a stand against torture?  The worst they can do to you, if you’re white, is beat you up, arrest you, and put you in jail in shackles; and then you get out.  I do not ask my African American or Latino brothers/sisters to perform that kind of witness, since they are often shot or tased (and many already summon the courage to protest despite the danger).

Why is it so easy to torture people who have been made “the other?”  The answer is white supremacy — racism.  (See: https://raymcgovern.com/2018/01/18/white-supremacy-and-military-bases-a-short-talk-by-ray-on-the-white-mans-burden-the-bloody-burden-on-people-of-color-and-other-others-like-the-young-palestin/ )
For morally conscious, honest folks with a stomach to ponder our own complicity in letting our country stoop this low, maybe — just maybe — skimming through the articles linked immediately below will move us to action.
https://www.humanrightsfirst.org/senate-report-cia-torture/abd-al-rahim-al-nashiri
https://en.wikipedia.org/wiki/Abd_al-Rahim_al-Nashiri
As for the European Court, surely it meant well, but is it not beyond bizarre that it awarded $117,000 each to Abu Zubaydah and al-Nashiri?  Will they be tempted to squander it at a Guantanamo PX?
Here’s a suggestion: Find some way to garnish the money from Gina Haspel’s earnings over the next few years; she might not even notice it missing from the $200,000 salary she draws from our tax dollars.

On a more serious note, let’s ponder this truth from Rabbi Abraham Heschel:

When injustice takes place, “few are guilty, but all are responsible.  Indifference to evil is more insidious than evil itself.”

← With Bolton’s old “enforcer” Fred Fleitz as NSC Chief of Staff, odds increase on war with Iran. They can now elbow out any honest intelligence on Iran and goad the President into a world-class catastrophe. This time the result would be much worse — geometrically worse.
Amid ‘Russiagate’ Hysteria, What Are the Facts? →