Reich Recommends Re-set to ’Nullify’ Trump and all his works and all his pomps! No half-measures. Great idea; now Mueller has to come up with the goods. 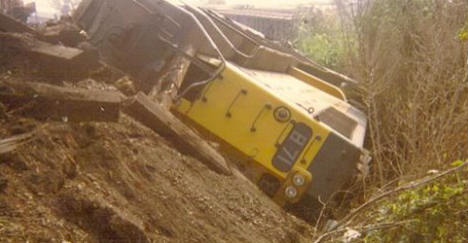 Robert Reich, who until recently had been a member of the Adult Democrats, has given Robert Mueller his marching orders.  Reich writes in
https://www.opednews.com/articles/It-s-Not-Enough-to-Impeach-by-Robert-B-Reich-Impeach-Trump-180825-620.html
“The only way I see the end of Trump is if there’s overwhelming evidence he rigged the 2016 election. In which case impeachment isn’t an adequate remedy. His presidency should be annulled. … Suppose, just suppose, Robert Mueller finds overwhelming and indisputable evidence that Trump conspired with Putin to rig the 2016 election, and the rigging determined the election’s outcome.”

Only then could we see an early end to Trump, Reich suggests.  Hope springs eternal.  But Peter Strzok concluded: “There’s no big there there.” Never mind.  We are pinning our hopes on you, Bob.  Please.  It is getting embarrassing. Hurry up and find some “there” for god’s sake.

Mueller has been at it twice as long as Strzok was. And, as head of the FBI for 12 years, Mueller knows where to look. How much more time does Reich think Mueller should be given?

The stakes are VERY high for many of Mueller’s own best-friends-forever. And a close look at his checkered legal past shows that his NY Times-bestowed reputation as “universally respected” cannot bear even cursory scrutiny.

Will Mueller be tempted to have Brennanites (themselves nervously hoping they can avoid indictment) manufacture the kind of “overwhelming and indisputable evidence” that Reich et al. lust after? This would NOT be without precedent.

Recall that Brennan’s mentor, the disgraced George Tenet, told Colin Powell that the “evidence” given him to justify the war of aggression on Iraq was indisputable. Speaking to the UN Security Council on February 5, 2003, Powell chose similar adjectives: “irrefutable” and “undeniable.” The media loved it to death — literally.

Again, the stakes could hardly be higher for Mueller and his friends. Patrick Lawrence makes a scary point in suggesting that Russiagate may have already reached the point where it is “too big to fail.” See:
https://consortiumnews.com/2018/08/13/too-big-to-fail-russia-gate-one-year-after-vips-showed-a-leak-not-a-hack/

Besides, what’s to lose? Who’s afraid of congressional “oversight” committees? … or an anemic media? If you cannot be held accountable even for torture, well….

It may turn out that Mueller will finally come up with evidence that is [please choose between the following adjectives: overwhelming, indisputable, irrefutable, undeniable] and that the Establishment media will be just as unconscionably fawning, deceitful, and ecstatic as they were on the day Powell lied to the UN.  The media seem to have forgotten how to kick the tires.

Of supreme importance here is the fact that basically the same people are running the Establishment media as in February 2003. Did they learn their lesson? They did indeed — but the wrong lesson.

So Mueller could expect virtually unanimous support from the Brennanite-milk-fed-media, should they happen to come upon some yellow-cake-uranium-type forgery — oops, not forgery, I mean “proof” — that Trump is, indeed, in Putin’s pocket.  Then poof! Trump and all his works and all his pomps are “null.”  Folks like Reich will be delighted; Americans will have been deceived once again — as with WMD. And the Deep State will have won another round.

Look for something like this in Coming Attractions for the weeks ahead.