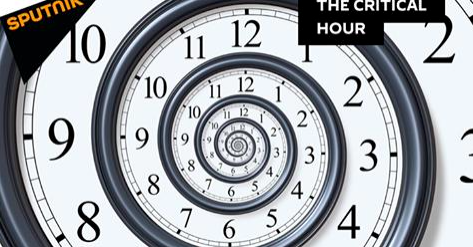 Ray discusses CIA “Vault 7”cyber-tools – like “Marble” to hack into computers & “obfuscate” who did it. (Think Cyrillic “inadvertently” left behind by “Russian hackers.”)
https://sputniknews.com/radio_the_critical_hour/201811021069436132-trump-delivers-remarks-on-immigration/
Ray’s segment starts at minute 27:00 and runs for 28 minutes (audio seems to work best on Safari or Chrome.)

Former CIA techie Joshua Schultz, suspected of giving the treasure trove of Vault 7 documents to WikiLeaks, has been jailed for almost a year, but the authorities seem to lack hard evidence to pin it on him. It seems that whoever it was that actually did give Vault 7 to WikiLeaks — like the insider who gave WikiLeaks the DNC emails in 2016 — knew that NSA collects all electronic communications, and hence copied the documents onto an external storage device. Those pesky little thumb drives again!

Ray was able to cram in most highlights of the story of Vault 7 — with one exception.  Time ran out before he could include the highly instructive information in the link below (hat tip to John Solomon of The Hill).
https://consortiumnews.com/2018/06/27/did-sen-warner-and-comey-collude-on-russia-gate/

A former coder for the Central Intelligence Agency says he’s been thrown into solitary confinement under conditions amounting to “torture,” preventing him from defending himself against charges that he leaked some of the CIA’s most important secrets to WikiLeaks. Joshua Adam Schulte, 30, was charged last June under the Espionage Act for allegedly leaking a trove of 8,000 CIA files that WikiLeaks published last year under the rubric “Vault 7.” But what’s really going on here? We’ve got the story that lies beneath the surface.

← In Refusing To Defend Assange, Mainstream Media Exposes Its True Nature
More From Ray on Why “They” Hate Julian Assange & Leakers to WikiLeaks →