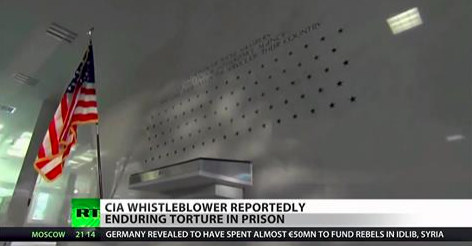 Ray provides the backdrop to the harsh prison plight of former CIA techie Joshua Schultz, suspected of leaking to WikiLeaks original documents describing CIA offensive cyber-tools called “Vault 7.”  One in particular, named “Marble,” gives the CIA the ability to hack into computers like the DNC and to “obfuscate” who hacked. This Marble tool was used during 2016. Hmmmmm.

“They” see the leak of the cyber-tools in Vault 7 as particularly dangerous, because it can make clear to those few not-already-brainwashed-by-the-mainstream-media that the “tell-tale” Cyrillic bread crumbs pointing ostensibly to Russia may well have been the work of Vault 7 techies at CIA.  Small wonder folks like Julian Assange and those suspected of leaking to WikiLeaks are given the treatment, so to speak.